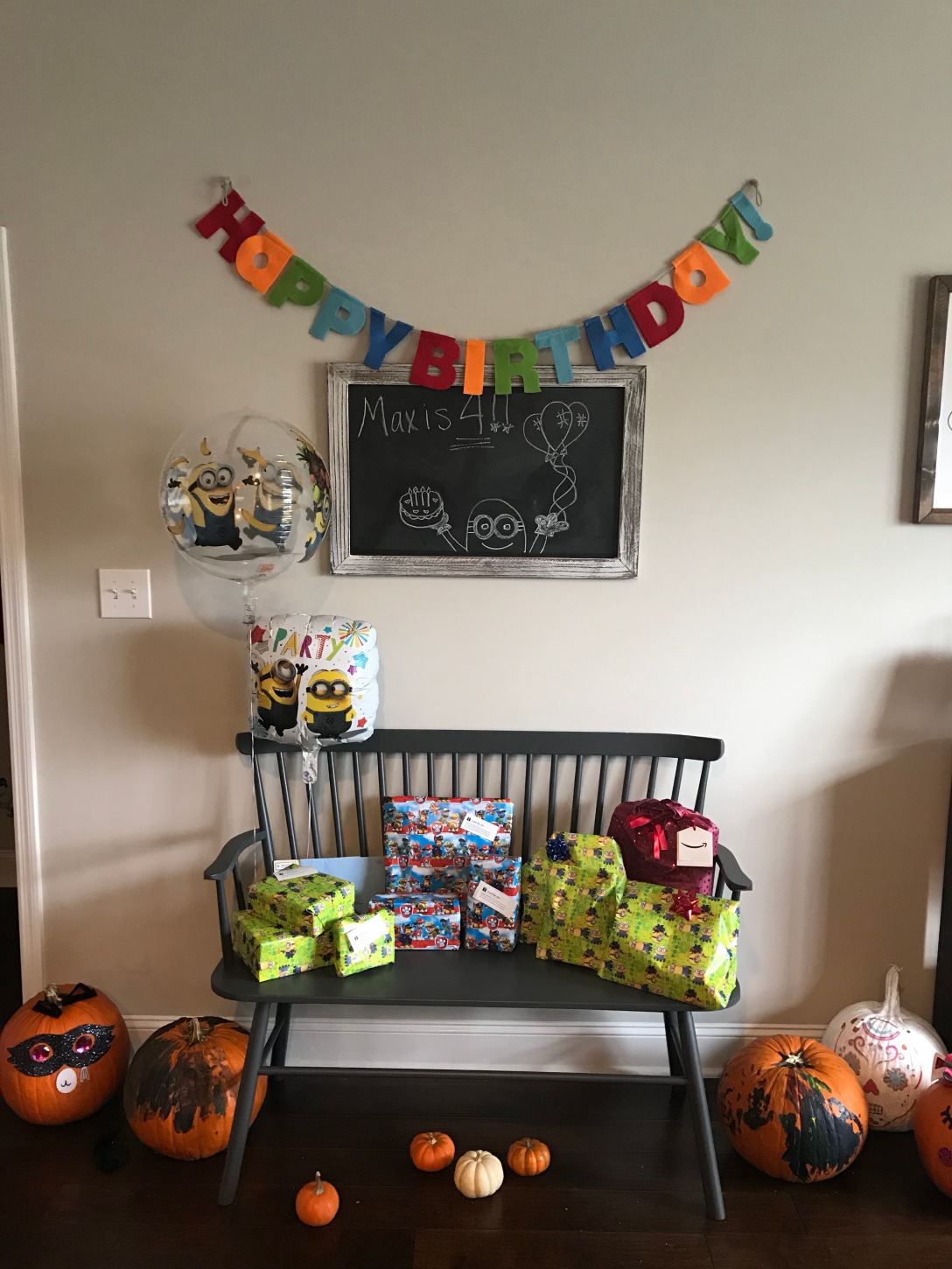 My husband wanted kids before I did.

He began mentioning it before I was even thinking about it. He started pointing out cute babies. Everywhere it felt like. Then he announced one day while we sat on the couch that we should start trying for kids. I laughed. Surely he was joking. He was not. I bought some time. I needed to clear my birth control out of my system and start taking prenatals. It only bought me a few months. Not long after we started trying (and me missing the most obvious signs on earth) I realized that I was pregnant. I cried. I️ was terrified. I told him we were idiots. He was cool, calm, and collected. The next day I refused to leave the bed for hours. When I eventually went out into the real world later that day I couldn’t comprehend how the entire world had literally changed overnight, and no one even noticed.

The first time I saw what I lovingly referred to as my ‘blob’ via ultrasound, I melted. There was the reason I was feeling so miserable. If I hadn’t believed in miracles before seeing that heartbeat, I would’ve started believing that day. I was blessed with an amazing pregnancy. I was happy, so so round all over, and healthy. I’d always wanted two boys. That was my dream. When they told us we were having a boy I cried tears of joy. Then we inevitably argued over names for months. Eventually my pregnancy came to an end (as they all do) and I gave birth to this perfect little person. My humility was long gone and I’d literally done the most badass thing I’d ever done. Then came the actual hard part.

Looking back I have no doubt I had postpartum depression. Combine that with being stuck in an apartment during the winter months with a newborn (who screamed for hours each day) and it was rough to say the least. We had moved the prior year out of state so we had no family around or close by support system. We had moved to start a new business. So I didn’t want to burden my husband with the fact that I felt completely off and incapable most days of being a mom. I had such bad anxiety that at night I couldn’t even comfort my own baby. He could feel it and would just cry. I felt like a failure. I felt alone. I felt lost. Many times I’d cry in the bathroom and wonder if that saying about God only giving you what you could handle was true. Surely it couldn’t be. I couldn’t handle this.

At about the 2 1/2 month mark he stopped screaming every day. I began trusting my instincts more. I fell madly in love with this little person. I wouldn’t really feel okay until after he was 6 months, but each day I was gaining my confidence. Watching him learn and grow was amazing. I would just stare at him in awe. He was the love of my life. I began to not feel like I was a huge imposter. I was really becoming a mom.

This child time and time again has broken me down to my core, and built me back up stronger than I knew I was capable of. Being a mother teaches me more everyday than I could ever possibly teach him. I thank God for realizing that I was way more than capable of handling what he’d given me. I’m not a perfect mother, but I’ve bettered myself in so many ways for their benefit. Daily I work on becoming the type of person and mother they deserve me to be.

Fast forward to this evening. I put to bed my 3 year old son and cried. As I now do the eve of his birthday every year. The tears are for the sadness of knowing that he’s one year closer to staring his own life. They’re for how proud I am to have such a loving and compassionate partner in crime. They’re for how grateful I am that I was given the chance to be his mother. They’re for so many things. (I now feel bad for all those times I teased my mother as she cried over seemingly silly things. Turns out they weren’t silly at all.)

So here’s to my (almost) 4 year old. The brown eyed love of my life. The man of the house when his daddy is gone. The one who taught me what it truly means to love unconditionally. The one who chased me with a fart blaster all night as we giggled. The one who continually amazes me. I love you my Muffin Man. More than you’ll ever possibly know.

View all posts by danamsmith